A few pictures from earlier today.

The new Holiday Inn Express on The Hill is up to three stories now. The goal is four stories and 101 rooms. 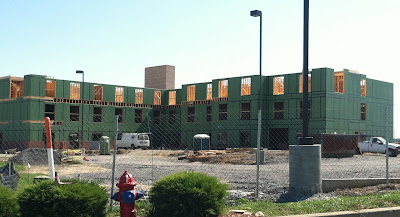 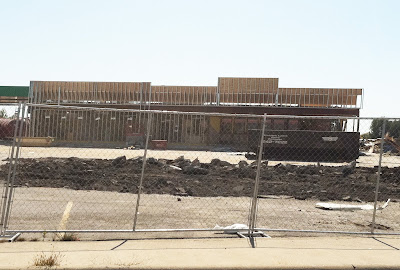 With the expansion of Route 13 to six lanes from the interstate east to Route 37, all the buildings on the north side of the street from E. N. Baker Cash Chevrolet will be moved or demolished.

It looks like a little recycling work has begun as workers dismantled the metal roof of the building this afternoon.

This used to be a restaurant in the 1960s when originally built. I think it lasted until the early 70s, but I'm not sure.
Posted by Jon Musgrave at 3:36 PM